The pet industry has its share of controversial topics:

However, perhaps no issue causes more controversy than whether or not it is ethical to clone your pet.

In this article, we will look at the state of pet cloning in 2020 and review the controversies surrounding the issue.

Cloning is the process of producing genetically identical organisms. Clones can happen naturally, identical twins for example, or they can be made in the lab.

In 1996, Dolly the Sheep was the first lab-made clone of an animal from an adult cell. She caused quite a media stir at the time, being featured on news programs around the world and making the cover of Time and several other magazines.

Subsequent to Dolly, cloned livestock, such as bulls, horses, cows, sheep and pigs started to appear.  None of these caused much controversy in the US. The US FDA concluded that it was safe to drink milk and eat meat that came from cloned animals. Food labels did not even have to state that food is from animal clones or their offspring. The European Union, however, banned the cloning of farm animals in 2015.

A handful of companies in the US began to clone specific types of animals. Crestview Genetics, based in Texas and Argentina, cloned horses for polo matches. Trans Ova Genetics in Iowa began producing 100 cloned cows every year.

Chinese laboratories soon got into the animal cloning business. A company called BGI located in southern China started producing 500 cloned pigs a year.  Biotech company Boyalife Group began constructing a $30 million facility in the coastal city of Tianjin, with plans to produce embryos of cattle, horses and dogs.  Boyalife was partnering with South Korean-based, Sooam Biotech, a cloning business with a dubious past.

Hwang Woo-Suk, the founder of Sooam, authored a 2004 article in the journal Science, claiming to have successfully cloned the first human embryo.  It was soon discovered that Hwang had forged his results and he was fired from his teaching position at the Seoul National University.  Hwang wasn’t down for long; he soon formed Sooam and began cloning pigs and cows.

In 2007, Hwang was contacted by US billionaire John Sperling, the founder of University of Phoenix. Sperling wanted to clone his dead collie-husky mix named Missy.  Hwang cloned Missy and Sooam was now in the dog cloning business.

Because the procedure used to clone pets is not that complicated, it is a bit surprising that the process is not more common. An egg cell is taken from a surrogate mother and the nucleus is removed.  A cell from the original pet is then transferred into the blank egg cell.  An electrical current is then used to fuse the two pieces into a viable embryo.  The embryo is then placed in the uterus of a surrogate mother.  After the normal gestation period (about 60 days for dogs and cats), the cloned pet is born.

One important requirement is that the cell from the pet to be cloned must be extracted while the pet is alive or within five dies after it  dies.  After that point, the genetic material begins to break down. To assist with this, there are a handful of companies that, for a fee, will preserve the DNA of a dog or cat and bank it for future use. The owner then has the option to clone their pet, but also has the option of not going forward.

The life expectancy of a cloned pet will be in the normal range for its breed.  The vast majority of cloned animals are born healthy, grow normally, and are no more susceptible to health problems than their non-clone counterparts. It should be noted that a clone will not have the exact same temperament and personality as the animal from which it was cloned.  Though the DNA is the same, personalities are also influenced by environment and the clone will not have the exact same life experiences as its donor.

Critics contend that pet cloning is unnecessary and inhumane. Millions of unwanted pets are euthanized every year because they cannot find a home. Cloned pets will simply add to this problem.

Additionally, critics claim that the process is unfair to the surrogate mothers used to produce the clones. These animals are used as simple  breeding machines.

In 2005, California attempted to pass a bill banning the cloning of pets, claiming that the procedure hurt animals and exploited grieving pet owners. The bill was voted down, due in part to the veterinary profession’s lobby against the ban.

The pro-cloning advocates contend that replicating pets with special skills, such as cancer detection and drug-sniffing dogs, saves time and money. Moreover, cloned pets may be useful in research to help detect and treat illnesses.

However, the biggest driver is the human-animal bond. People love their pets and want to have them around forever. Cloning allows the next best thing – a living replica of a former, beloved dog or cat.

The companies below make up the pet cloning industry in 2020.  ViaGen, Sinogene and Sooam are the only firms that perform the actual cloning procedure. PerPETuate and MyFriendAgain offer DNA extraction and preservation kits that give customers the option to move forward with cloning in the future should they chose. 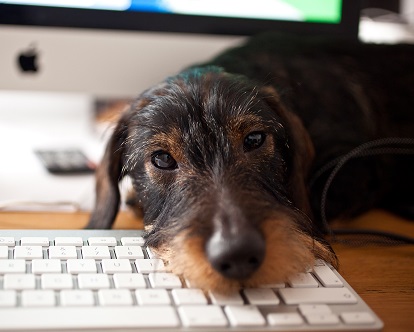