Tomofun, the manufacturer of the popular Furbo pet camera, has been sued for allegedly infringing on a patent for an interactive pet camera.

The lawsuit was brought by DoggyPhone LLC, a Bellevue, Washington company, that claims it has a patent for an enhanced system for human-pet communication. The patent also covers a system to deliver treats to a pet and to transmit audio/visual communication between the pet and a remote client device.

Although no other company is named as a defendant in the lawsuit, this patent would seem to also cover the pet cameras manufactured by Petcube, Petzi, Pawbo and many other companies.

DoggyPhone LLC is controlled by Andrew Davis, an ophthalmologist, who has numerous patents related to pet cameras.

The lawsuit was filed in federal court in Washington, where both plaintiff and defendant are based.

CES 2019 saw a variety of new pet tech products on display. From copycat products to truly new innovations, there was...

Bond Vet, a NYC-based vet clinic with three locations, has jumped into the online vet space. The company, which opened... 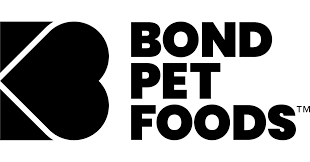