Radio Systems is the 800 pound gorilla of pet technology, making more than 2,000 pet products under brand names such as PetSafe, Invisible Fence, ScoopFree and SportDog. Randy Boyd started the company in 1991 selling underground wireless pet fences out of the back of a van.

Terms of the transaction were not disclosed, but we can confidently say that the sales price contained a whole bunch of zeroes.  Radio Systems annual revenue was more than $400 million.

New York-based CD&R is not new to the pet industry. In 2015, the firm invested $40 million in Vet’s First Choice, a veterinary tech company.  Vet’s First Choice merged with Henry Schein in 2019 and is now called Covetrus. 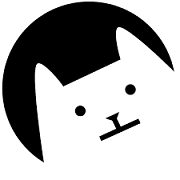 Pet tech is tough. Mousr, an app-controlled robotic cat toy that boasted it could see and...