A bored dog is a naughty dog.

Dogs need stimulation. A daily walk and some playtime are usually enough to keep most dogs happy.

However, even the best pet parents must leave their dog alone now and then. This is understandable – life gets busy!

So, in an effort to keep pets physically and mentally stimulated when their owners are not around, many animal experts recommend using an interactive dog toy.

What is an interactive dog toy?

An interactive dog toy is a toy that can react or respond to your pet. Many are like puzzles that keep your dog engaged in an effort to solve them. Contrast this with a ball or a soft toy, where your pet simply lays on the ground and chews. After a while, your dog may get bored and look for other ways to entertain themselves. This is when they decide to chew up your favorite pair of shoes.

In this article, we will review some of the more popular interactive dog toys on the market in late 2020.

Wickedbone is a bone shaped toy that can be controlled from a smartphone. The device can move around – there are 9 pre-set motions: roll forward, turn around, shake body, back flip, quick spin, front flip, lift head, nod head and quick jump.
The device also has an option that will cause it to play with your dog without any human interaction. This mode used AI to engage with your pooch.

Wickedbone is made of polycarbonate that appears to be durable and safe for both pets and humans. A fully charged battery will run the toy for up to four hours. The toy is also rechargeable.

GoBone is similar to the WickedBone, but it is soft so that is chewable and also has the ability to contain a treat within the device.

The toy is controlled by an app on your smartphone and has a rechargeable battery that lasts up to 8 hours.

GoBone was crowdsourced by over 1,110 backers on KickStarter.

iFetch is an automatic ball launcher. Dogs drop tennis balls into the top of these devices and the ball is then shot into the air for your pup to chase. With a bit of training, your dog can play fetch by themselves all day long.

There are two versions: the standard iFetch and the iFetch Frenzy. The latter does not actually launch balls, it randomly rolls them out of 1 of 3 chutes at the base.

iFetch is a family owned company from Austin, Texas. The toy was created from a highly successful KickStarter campaign in 2013.

Pupod claims that is it a smart toy for smart dogs. The toy is basically a wobbly treat-dispenser that can be controlled by a smartphone. Dogs must touch the toy at the correct time to earn a treat. Over time, the game started getting harder so that your dog is always challenged.

A built-in camera can stream the action directly to your phone. The camera is well protected as the toy is housed in a rugged KONG Wobbler.

Like the iFetch and GoBone, the Puppod began as a product on KickStarter.

The CleverPet Hub bills itself as a game console for dogs. The toy is a round plastic device that has three pads that can light up. When your dog touches a lit pad with its paw, the hub dispenses a treat. After some time, the device gets progressively harder, requiring your pup to figure out more complex routines to earn a reward.

The toy was designed by two neuroscientists. In May of 2020, the company ran out of stock of version 1 of the hub. The company stated it was creating a second version of the hub that was quieter, quicker and more interactive than the original. Customers can preorder, but no shipping date has been announced.

A Word of Caution

While the companies listed above all appear to be doing brisk business selling their product both through their company websites and on Amazon (except CleverPet which is creating a second version of their device), there are at least two creators of interactive dog toys that have gone out of business in the last year.

Actually, it is unclear if Pebby even ever began selling its toy. The company raised over $509,000 from more than 2,800 backers on KickStarter, but it doesn’t appear that it ever finished the product. The comments section of the Kickstarter project turned ugly, with hundreds of backers invoking their rights to a full refund of the amount pledged.

This is a risk of buying bleeding edge technology – the products are typically made by a small startup that is not financially strong. Sometimes these companies fail and customers are left with a product that doesn’t have a company to stand behind it.

Anyway, back to interactive dog toys.

The mental (and sometimes physical) stimulation provided by these interactive toys can help your pup avoid boredom, stress and separation anxiety. As this will lead to a happier, less-destructive pet, they may prove useful for your home. 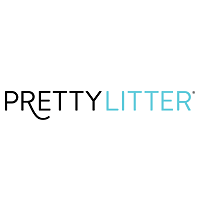 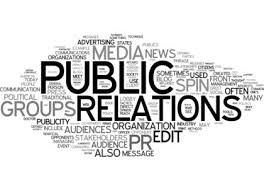