It’s in a dog’s nature to bark. However, some dogs just won’t stop.  If you have a barker, it won’t be long before your neighbors start complaining and someone eventually calls animal control or the police. So, in order to keep you out of the can, we researched bark control devices to see if they actually performed as advertised.

And we discovered that they do, in fact, work.  At least some of them do.

Anti-bark devices were originally designed as a training tool for hunting dogs (dogs need to be quiet while on the hunt), but they are now used to train domestic dogs to be quiet. There are 3 main types of of bark stoppers: ultrasonic sound, electric shock, or deterrents such as citronella.

It’s important to note that anti-bark devices work best alongside other training techniques to change a dog’s behavior. This article reviews examples of anti-bark devices, how to use them, and alternatives to anti-bark devices. The reason why your dog may be barking excessively may be due to an underlying issue that needs to be addressed. Even the best anti-bark devices may not stop the unwanted behavior if another issue needs to be resolved. Keep reading to learn these issues and other ways to solve them.

These are devices that deter the excessive barking of a dog by emitting an ultrasonic sound at a very high pitch that only dogs can hear. This sound is very irritating to the dog’s ears. The devices have audio sensors that can determine when a dog is barking and then emit the ultrasonic sound to show the dog that excessive barking is wrong. Because ultrasound occurs at a frequency higher than what human ears can detect (20 kilohertz), these devices will not bother the neighbors.

The sound is intended to surprise the dog and cause him to cease barking. If he doesn’t, the sound can increase until the dog submits. You need to monitor the pitch levels that are ideal for your dog; if they go higher than they should, they could harm your dog.

Possible issues with ultrasound can occur if your dog does not respond to the sound frequency. Some dogs, such as older dogs, may have a hearing impairment and the ultrasonic sound may not affect them. However, you can still other anti-bark devices that use electric shock, or citronella spray. 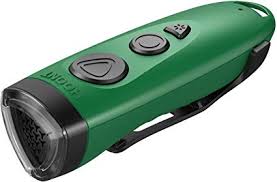 As its name suggests, this is a device that you use remotely to deter your dog or any other dog. It emits a very annoying but harmless ultrasonic sound. It not only prevents barking, but if used properly it can also train your dog away from other bad habits such as scratching the door, jumping up or other undesirable behavior. The sound can travel up to 50 feet, making it ideal for use outdoors.

Citronella is a fragrant natural oil from Asia.  As most dogs dislike the smell, it can be used as a deterrent to prevent dogs from engaging in unwanted behavior. Other than being annoying to dogs, citronella is harmless.  As such, it is often used to reduce unwanted barking for dogs.  It can be sprayed on or near the barking dog to surprise and stop his behavior. There are also collars that can emit citronella dog every time he barks.

Many pet parents prefer citronella collars to shock collars as they feel that the spray is a more humane option than electric shock. 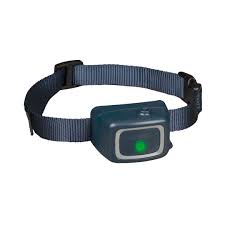 This is a popular anti-bark citronella anti-bark spray collar. A microphone detects excessive barking and administers a burst of spray to distract the dog. The spray comes from a nozzle on the collar – figure about 30 sprays for every refill. The collar requires a battery to operate.

Anti-bark shock collars use a small electric current to prevent your dog from barking. The shock is sharp enough to surprise your dog from barking, but it doesn’t harm your dog. They are usually considered a humane bark deterrent, but if not used carefully, some owners report that they can make dogs more aggressive.

Anti-bark collars either use sensors, or microphones to detect the dog barking. If you have more than one dog, you could risk shocking the dog since the sensor picked the barking of a different dog. 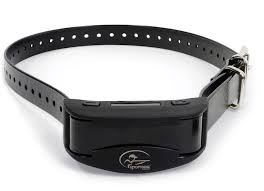 This anti-bark collar detects the bark of the dog through sophisticated sensors and releases a mild electric shock. It’s not just a typical collar, it’s equipped with three modes of learning, 10 levels of stimulation (static), and it’s waterproof. It can also shut itself off after 3 minutes. The device administers a shock starting from the lowest level, and it gradually increases when the dog persists in the excessive barking.

Anti-bark devices are a safe way to control unwanted behavior.  However, they should only be used as a deterrent to excessive barking. They should not be used to stop all barking – you’ll end up doing more harm than good.  Some pet owners may find it useful to consult with their vet about the appropriate device to get for their dog. It is also advisable to use the anti-bark device when you’re around. For instance, if your dog has separation anxiety, leaving him at home alone with the shock collar may cause more problems such as trauma.

As mentioned earlier, there could be other underlying issues causing the excessive barking. Also, if you find these devices a little cruel for your pooch, there may be other lenient methods. All you need to do is identify why the dog is barking. Some reasons include;

The most effective remedy to boredom is exercise. You can take your dog on regular walks, get a dog treadmill, or even use a dog ball launcher, to burn off the excessive energy from your pup. This will deter him from engaging in other destructive habits like chewing furniture, running away and jumping on people.

Another option is to simply ignore your pet’s barking. This method is slow, but usually they will realize that the barking doesn’t get your attention. If he’s territorial, allow him to socialize with other people and dogs by taking him for walks.

As much as it is dog’s nature to bark, too much of it is quite annoying. Anti-bark devices were invented as a deterrent to this habit. Despite there being a debate about whether they are humane or not, the devices do work when used appropriately. They are not meant to stop barking. They are meant to stop excessive barking. There are three types; those that use ultrasonic sound, shock, and citronella. You can choose any that works for you. However, if you don’t care to use the devices, you can use exercise, socialization and obedience training to deal with the underlying issues that your dog may be facing.

As an Amazon Associate, this website may earn a commission from products or services linked to on this page.